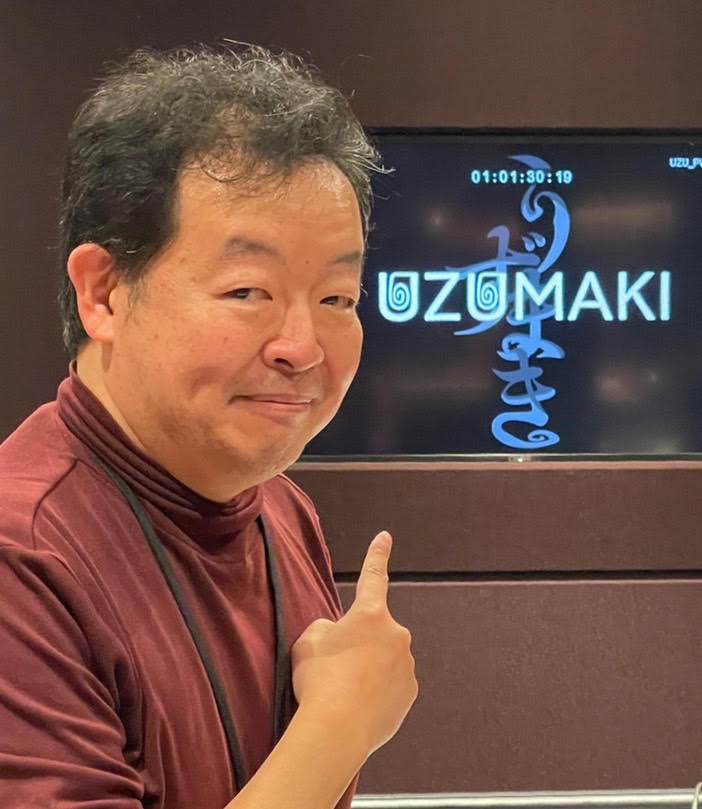 Hiroshi Nagahama was born in 1970 in Saiki, Ooita, Japan and is an animator and director. He started his career at Madhouse Studio, where he worked on The Cockpit and Azuki-chan.  After leaving Madhouse Studio, he became a freelancer,  working on the conceptual design for Revolutionary Girl Utena.  After that, he worked as the storyboard writer and animation director for Sexy Commando Gaiden: Sugoiyo! Masaru-san and he was a chief director for Jubei-chan 2: Siberia Yagyuu no Gyakushuu.  As a director, he worked on Mushishi, Detroit Metal City, and The Flowers of Evil.  In 2017, he did his first original anime The Reflection, a collaboration with Stan Lee.  He received the 11th Animation Kobe Individual Award in 2006. He is currently working on "Uzumaki."